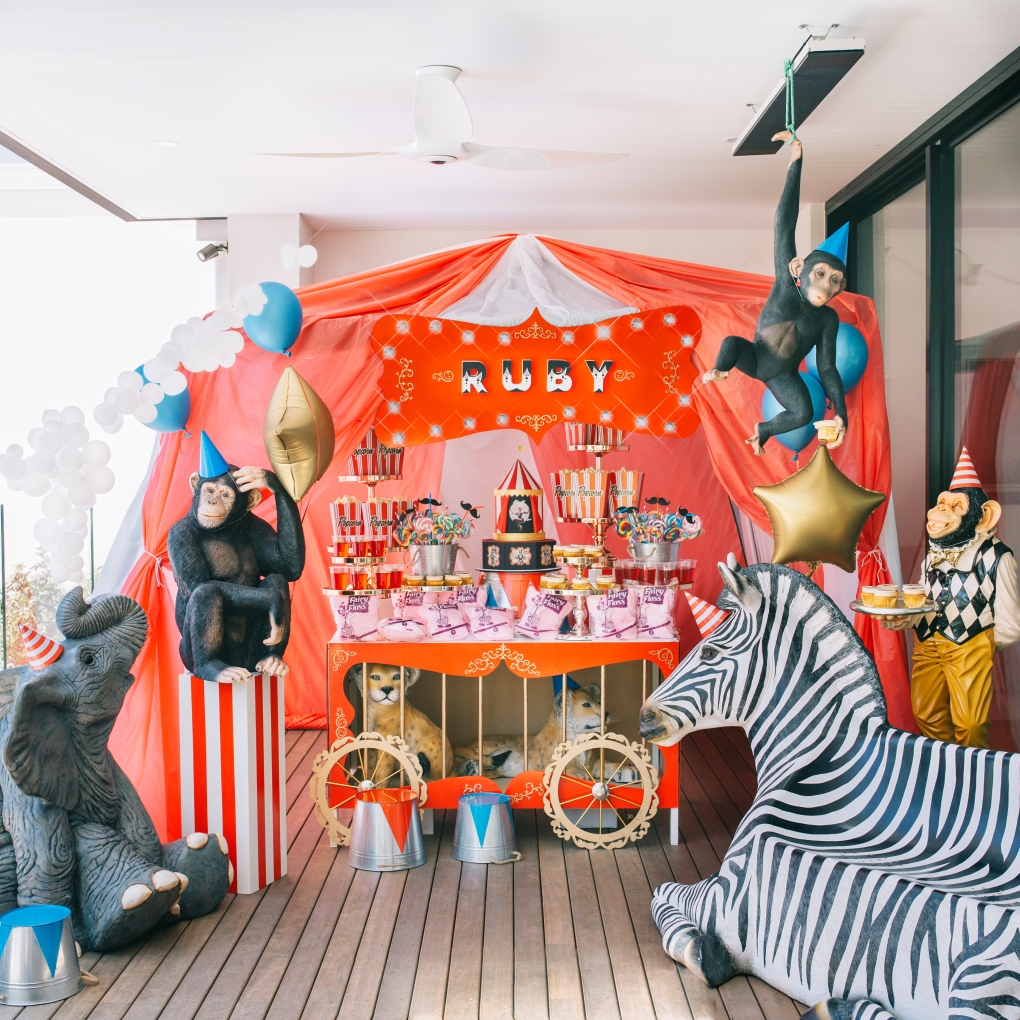 Last weekend we celebrated five laps around the sun for Miss Ruby! Exactly this time last year shortly after her Moana / Hawaii themed 4th birthday (inspired by our trip to Disney Aulani) I dragged her along to see The Greatest Showman with her older siblings. Pure lack of babysitter is how she ended up there as I was certain it would be too mature for her and I would end up sitting in the hallway for the majority. As it turned out she LOVED it, like became completely obsessed. Three times she saw it at the movies, soundtrack on repeat. It was true love.

Over the 11 months that followed Ruby dreamed up ideas for her “Greatest Showman” themed party and not once did she change her mind. Top of her ideas list was that she would dress as the “little girl who does ballet” and that Andy and I would go as the Mum and Dad ha ha (I ran out of time to blonde wig myself or cut my legs off at the knee but Andy certainly nailed P.T Barnum !!)

The styling magic was left up to the truly talented stylist Poppy & Pear Event Styling, she never ceases to amaze with her creativity and hard work to make the venues she works on transform into a scene of absolute enchantment! We focused on a vintage circus style and celebrated with a tonne of big top fun!  I bought the amazing themed cake from the super clever Create me a Cake. And the rest of the food I threw together myself. Hot dogs, Popcorn, Jelly, Lolly pops, fruit and we were done!!

Entertainment this year we decided on Mr Oopy, a super hilarious kids entertainer here in Adelaide with music, games and the most epic bubble show! Followed by face painting by my dear friend Kylie! 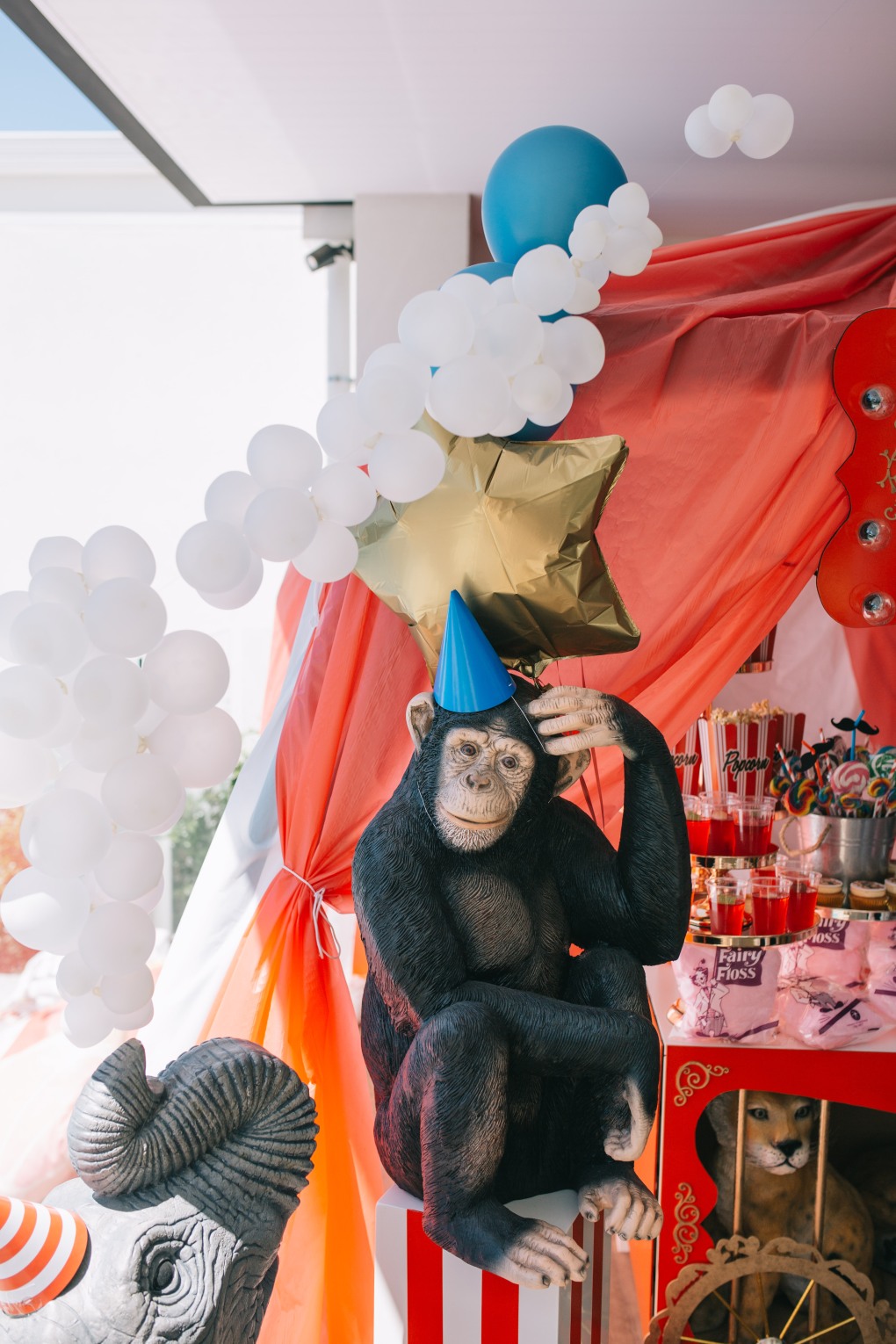 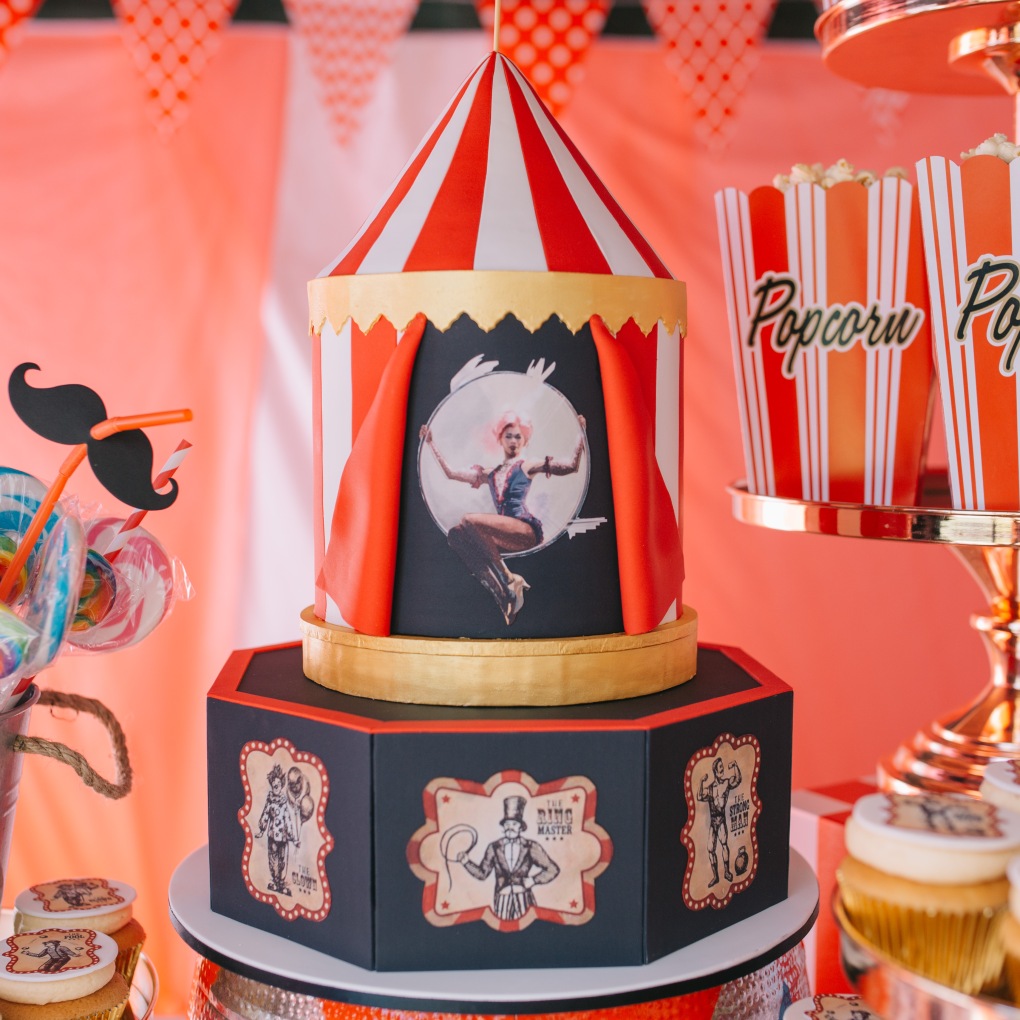 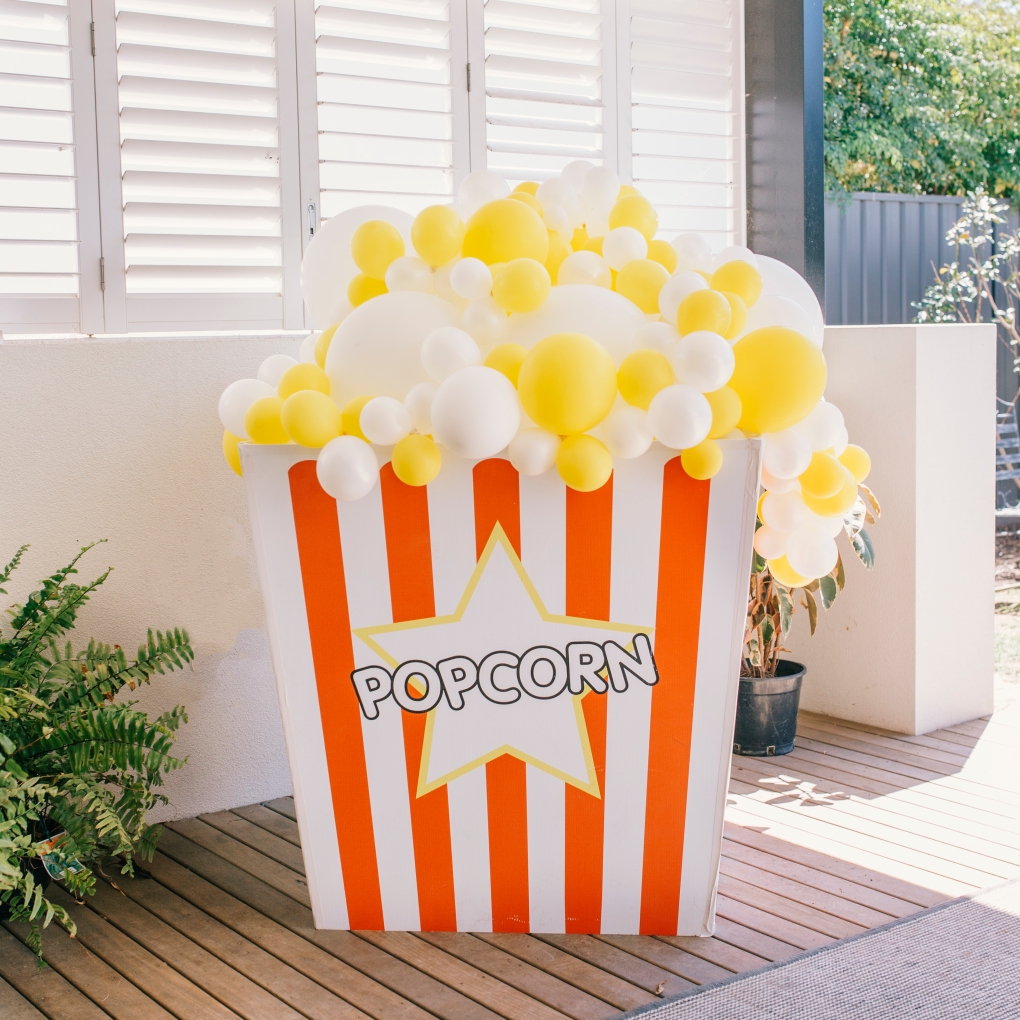 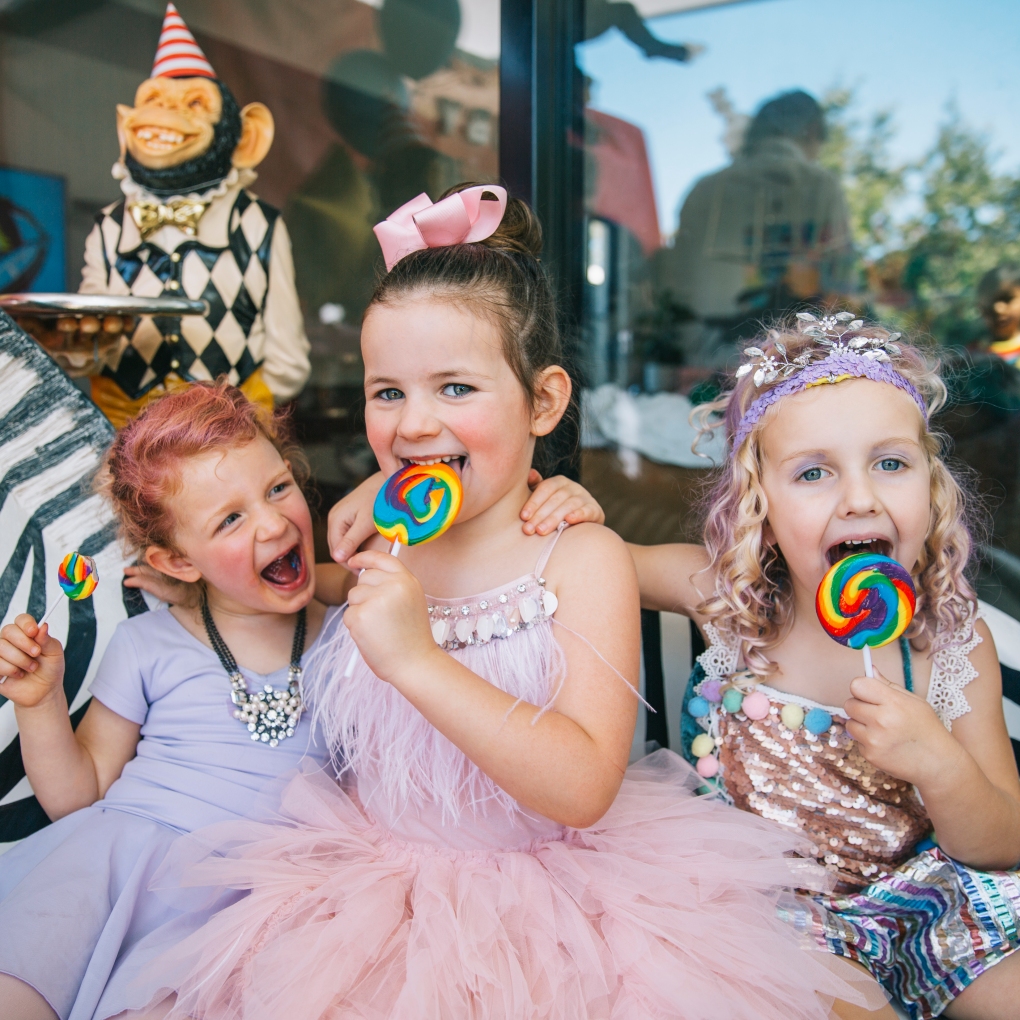 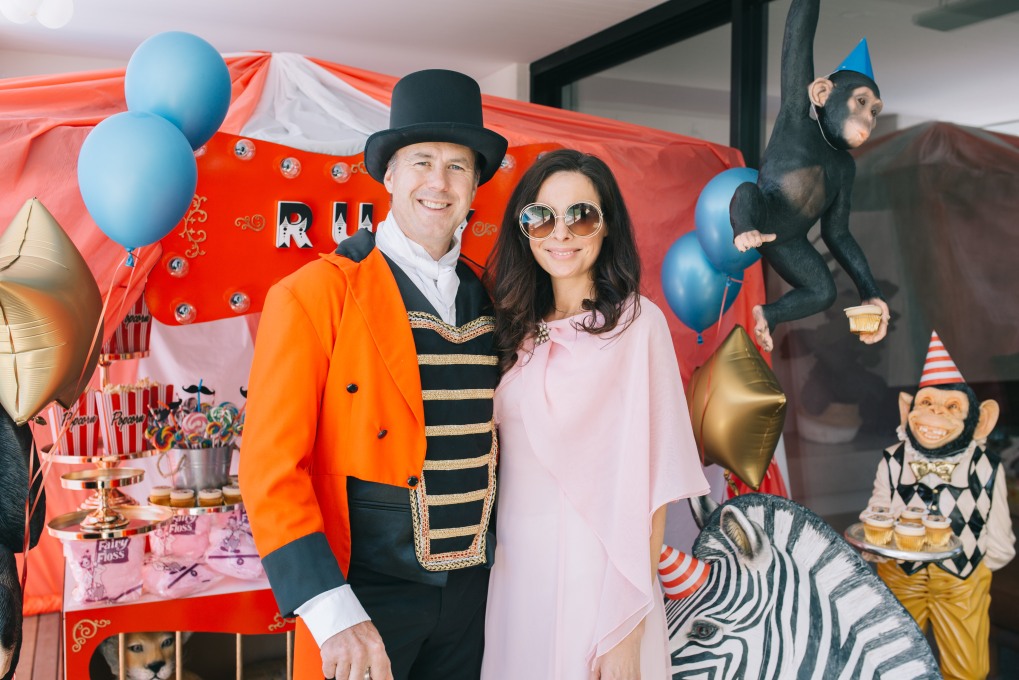 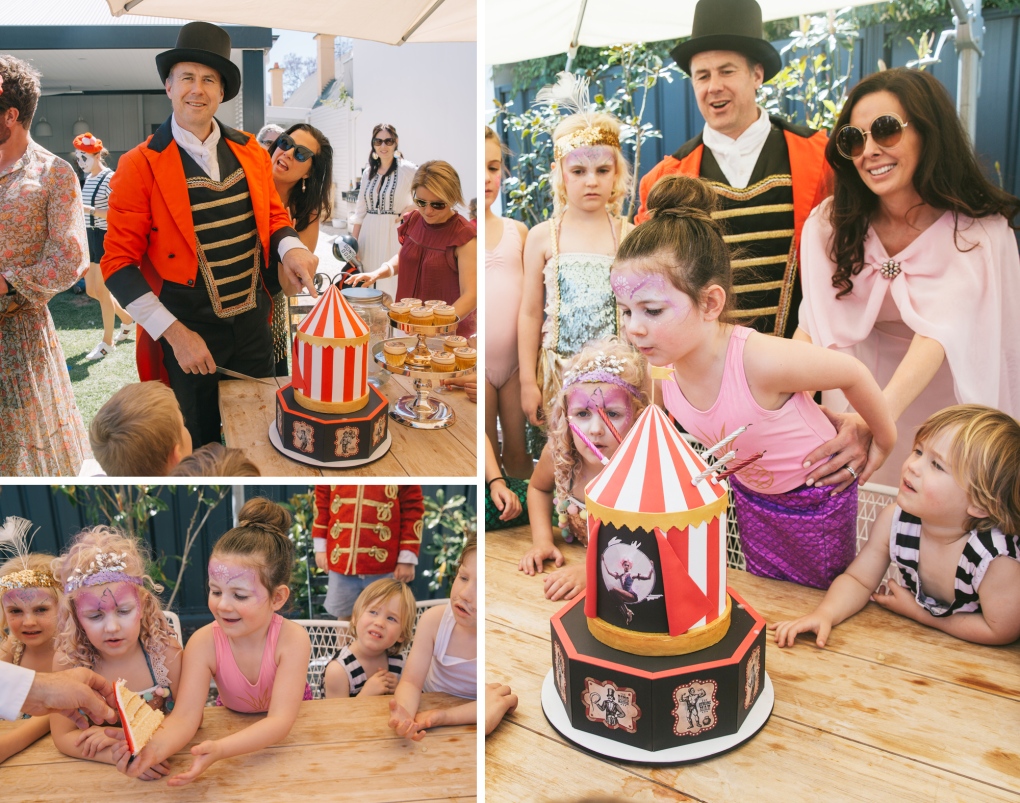 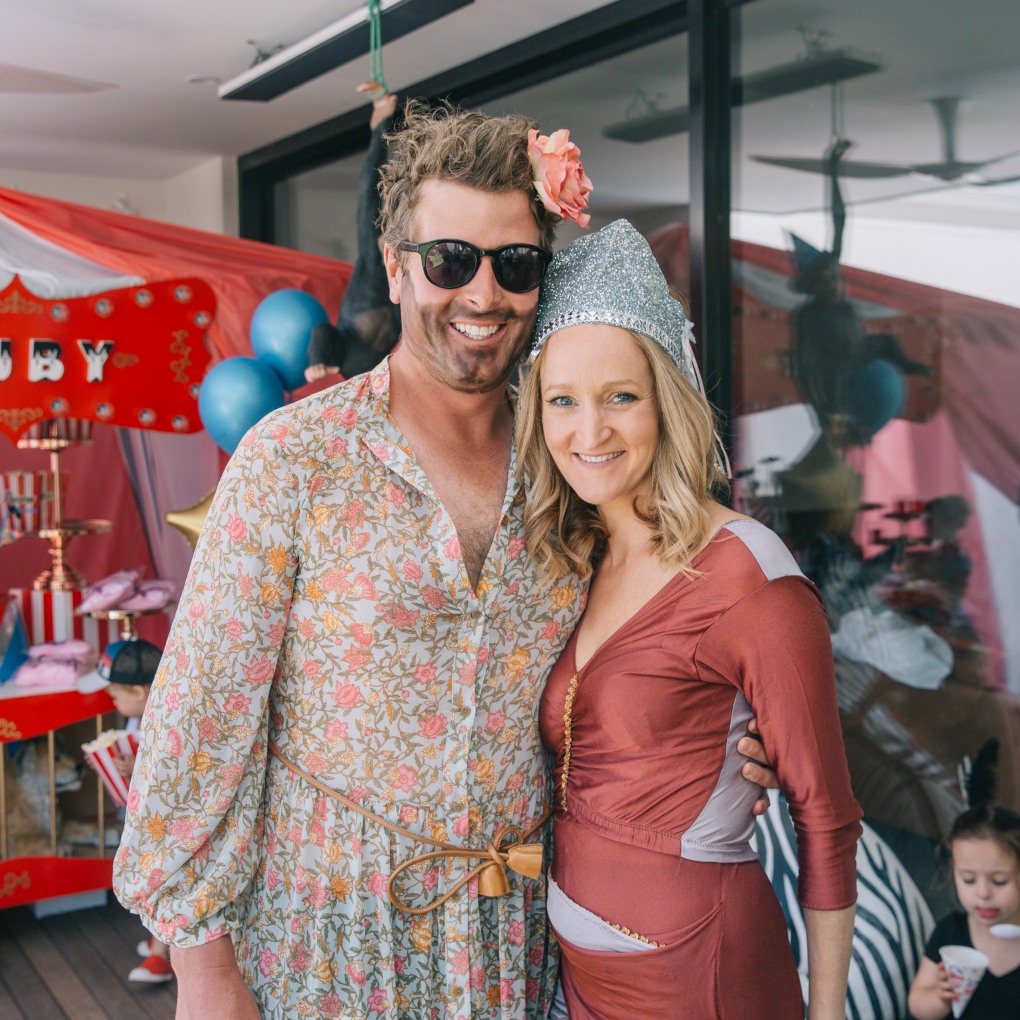 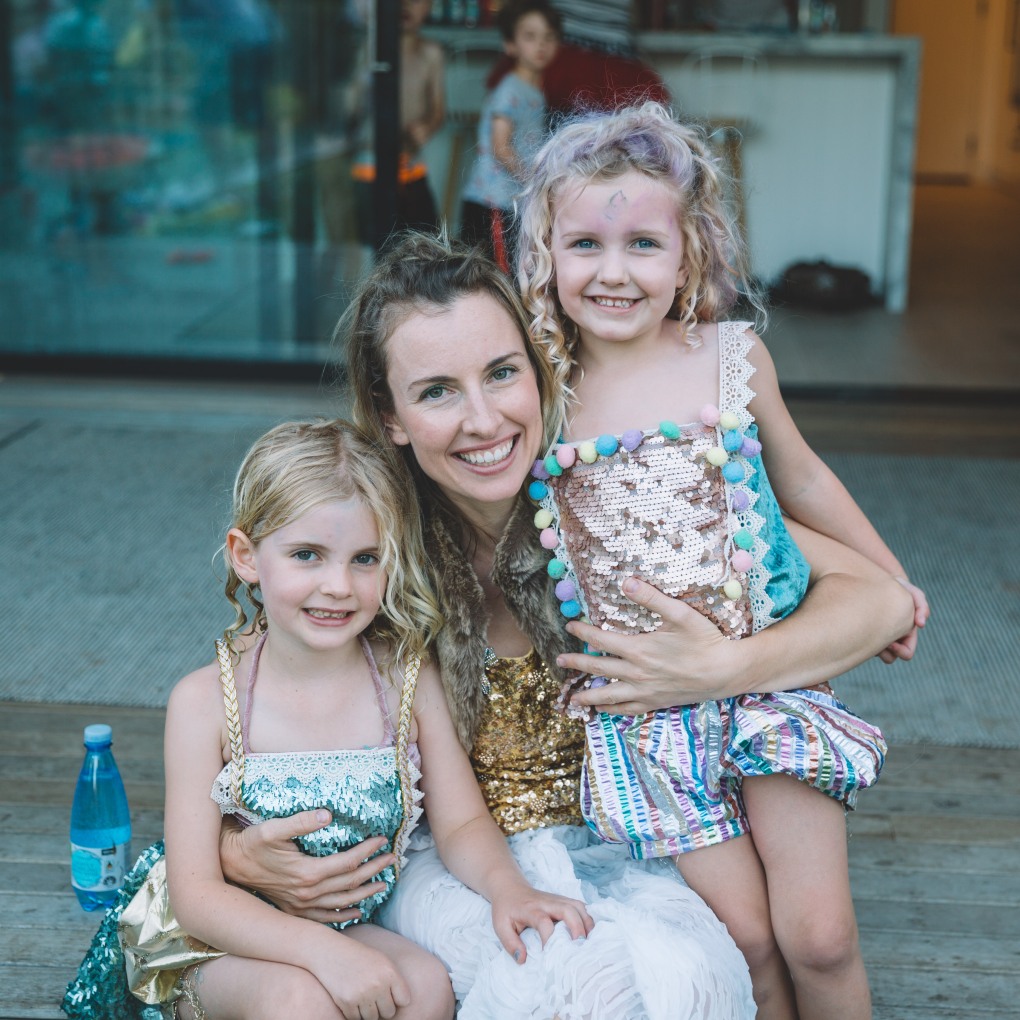 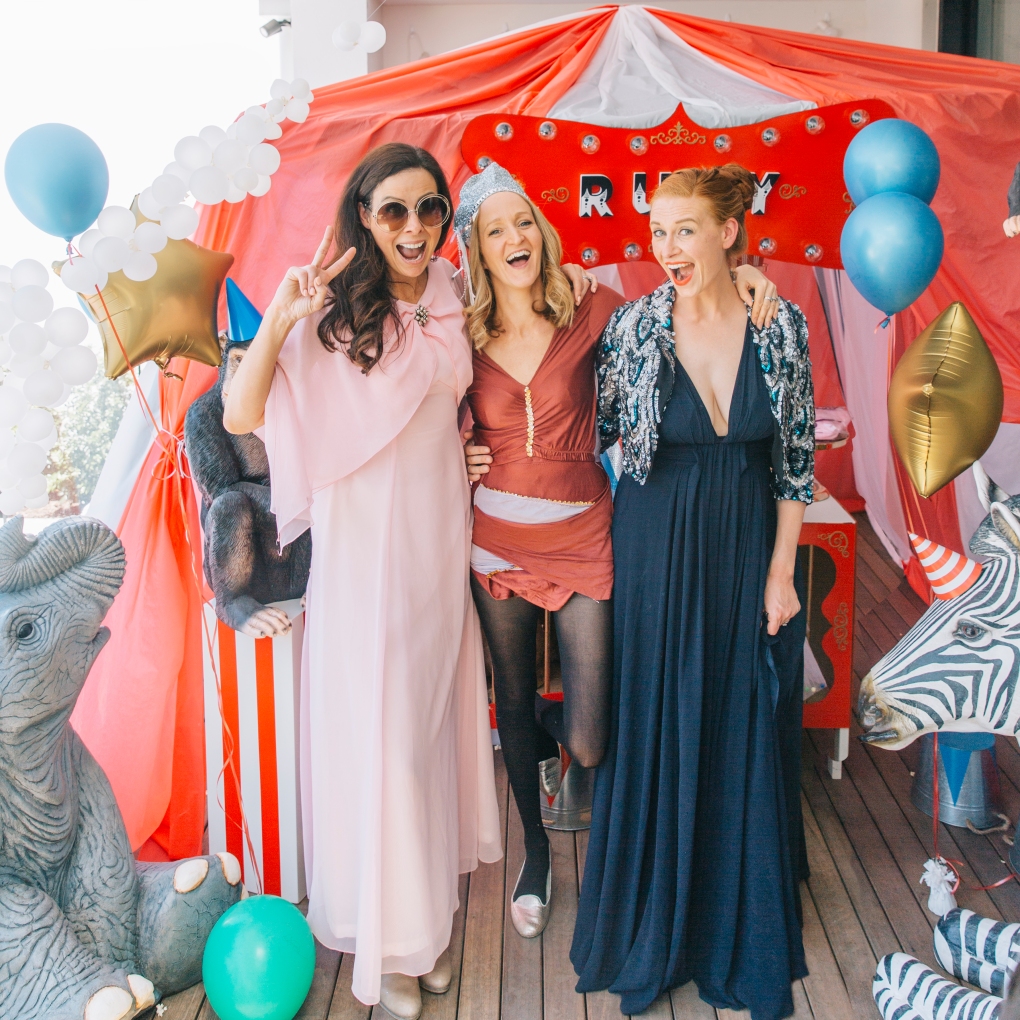 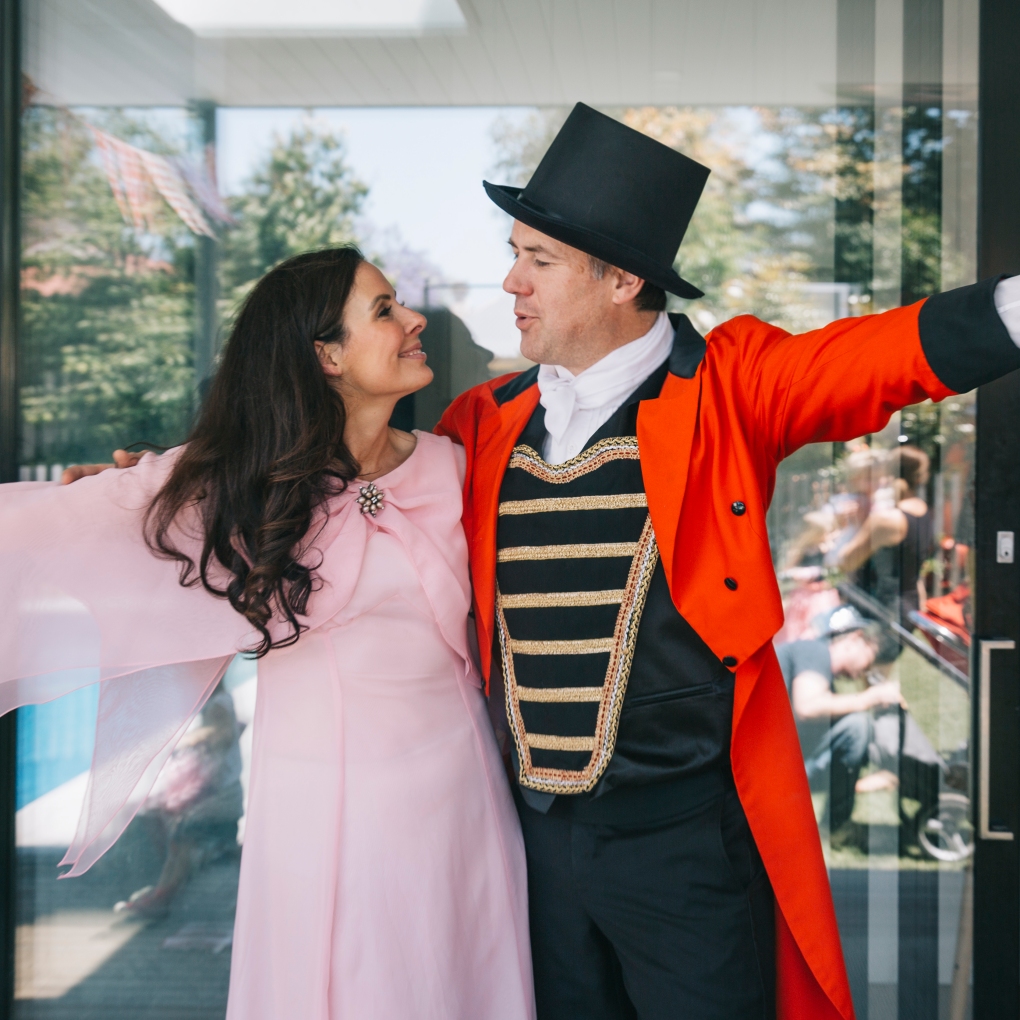 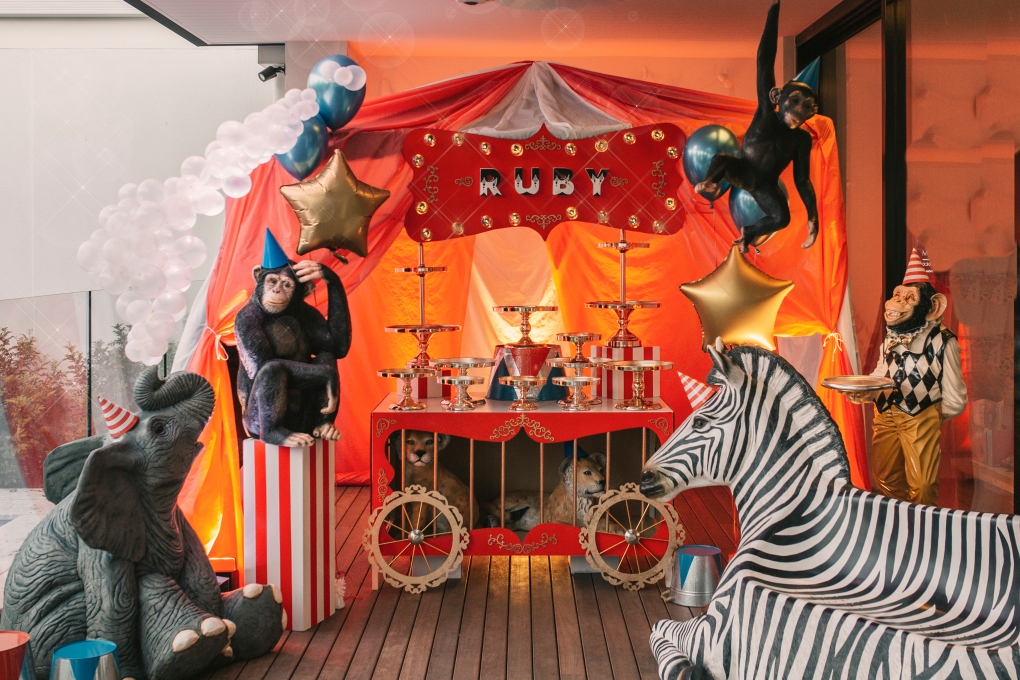 2 thoughts on “Ruby turns 5 with her Greatest Show!” 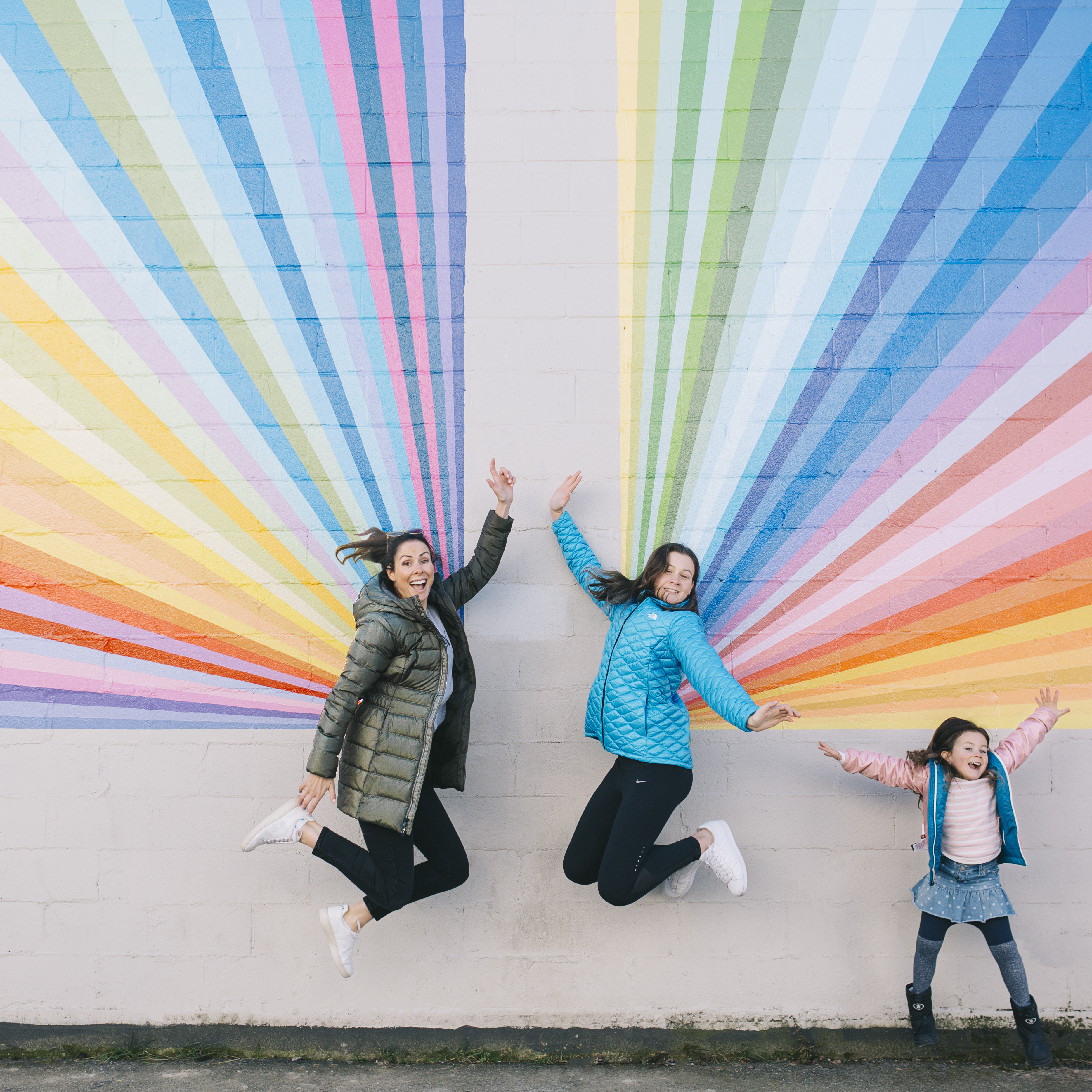